So one of my favorite setups and something I think you should really be focusing on in 2019, 2020, and forward is looking for the best breakouts. Now, you can’t buy every breakout. You kind of line up as many criteria as you can. And today I’m gonna talk about five things you should avoid when it comes to buying a breakout.

So today, I’m gonna talk about how to avoid false breakout. You can’t buy any stock that’s at multi-week, multi-month, multi-year highs, but if you avoid this criteria, you’re in much better position to find that one breakout that does continue to move through the day, through the week, through the month, et cetera.

So first thing I wanna talk about is volume. I mean, price everybody says I say this I stole it, but only price pays, you know. Price action is what matters, but really, really, really close behind. I mean, it’s a close second is volume.

If you’re buying a stock that this stock could be at all-time highs, 20-year highs, maybe even longer, but if it’s breaking out an average or even below average or maybe slightly above average, you wanna try and avoid those, because odds there aren’t enough buyers to continue the move.

Remember the stock market is about mania, it’s an auction. The more buyers, the more eyeballs you have, the more likely that move is to continue.

So if you’re just trading that average volume, that’s telling you that there’s probably not any new buyers. So tomorrow, when the stock is sideways, who’s there coming in to buy the stock the next day, the next week?

So if you don’t or if you do trade breakouts without really high volume, way above average, you’re gonna end up in a lot of sideways stocks. Now, sideways isn’t a bad thing. You can always stop out for a small loss or a small gain or break even, but it can get frustrating over time.

So, the tool I use in Stocks to Trade and this is in pretty much any charting package. I look at the 60-day average volume and that gives me a good snapshot over 60 days, two months that, you know, if the stock I’m looking to buy as a breakout, if it’s not trading double, five times, 10 times that 60-day average volume, I’m gonna look to avoid it.

So, focus on volume and price, but don’t ever forget to look for high volume.

Try Not to Buy Breakouts

Second thing I want you to focus on is try not to buy breakouts that don’t have news behind them. You know, you can run your scans, you can do your charting and you can see these stocks that the charts are beautiful, okay?

I say all the time you should be looking at charts ’til your eyes bleed. Look, look, look, look at all these charts, focus on the clean charts and we do a lot of when I talk about clean and choppy charts, there’s a lot of videos in the archive you can check those out.

But one of the biggest things that happens is, if there’s no news, what is the potential just like I talk about volume, what’s the potential that more buyers are going to continue to step in?

You want to have some meat, something that people get excited about. And I really want you to focus on substantial news. That is earnings, okay?

Earnings season, one of my favorite times, four times a year, as a new trader, you should be focusing on earning season. Look for those stocks, with earnings today, trading on high volume.

Day traders move as a herd. So really look for those substantial things, avoid no news, avoid vague news, something I always kind of mock is the press release where there’s a lot of shoulds, and coulds, and woulds, and they don’t name the partner, there’s no dollar amounts, it’s just kind of fluffy pie in the sky.

If you’re looking for consistent breakouts, avoid that type of news, focus on earnings, and big name contract wins, products, and sectors as well.

Third thing I want you to take into consideration is, try to avoid stocks that aren’t in a hot sector. Listen, one of the great things about the stock market is you will never get bored, okay?

Every single day you show up, there’s a story, there’s a theme, there’s something going on. And almost always, there’s a hot theme.

So if you can start to line these things up, high volume, has news, breaking out, and it’s in a hot sector, whatever that sector is. Low floats, medical devices, bitcoin, weed, cancer, Ebola, all these things that have moved stocks in the past.

You’re building that case and the more things you can line in your favor, remember if you’re under the PDT, you’ve only got three trades a week. You’ve got to focus on the best of the best.

So focus on those stocks, when you’re ticking off your items look for hot sectors, look for hot themes of the day, or the week, the month, et cetera.

Fourth thing to avoid, and this really applies to afternoon breakouts, which are my favorite breakouts, is try to avoid buying that stock to gap it overnight if it’s under VWAP.

A lot of these stocks that have the first three components I talked about; volume, sector, news.

They’ll spike early, and then they’ll kind of fade through the day. Now check out VWAP, volume-weighted average price we’ve got a ton of articles on it. It’s my favorite technical indicator.

But you might be tempted to buy that stock because you’ve ticked off those three boxes. But if it’s under VWAP, late in the day, I’m telling ya, most of the time, that stock’s probably going to open weak the next day.

Then it might bounce, midday, late day. So what I want you to avoid, is buying that stock under VWAP, because you might just be able to buy it at a better price the next day.

So not a hard set, never-do, but I want you to just kind of sit there as you’re thinking about things, okay? I’m going to put my hard earned money on the line, I’m going to risk money, because you can always lose in a trade, do I really want to buy this stock, this breakout, when it’s under VWAP into the afternoon?

But you’ve got to zoom out, and look at that one year, that two year, that five year. I typically don’t go beyond five year, by that point, the cycle is completed. But look for resistance points on that multi-year chart.

I’m not saying you have to go back behind five. But go to one, go to two, go to three, go to five. And look for, especially if you’ve got an area of long-term consolidation.

That’s something you want to avoid, because odds are if that consolidation area is built the stock dropped, ground back, you’re going to have a lot of sellers that are finally back to break even, they’re going to say “Man, I’ve held this stock for two years, “I’m finally back to break even, I’m gonna sell.” And then that creates a failed breakout.

Focus on Those Multiple Timeframes

But if you avoid these five things I talked about, you’re potential for success is much higher.

So let me know in the comments below. Have you bought breakouts? Has it worked for you or hasn’t it? Buying breakouts is one of my favorite things to do in this post-2016 world.

So many of these stocks hit those key levels and keep going. So give me your comments below on breakouts. And I look forward to seeing you in the next article.

- Pink Sheet Stocks – What They Are and How to Trade Them

- Here’s the Solution to “I Can’t Trade THIS Stock…” 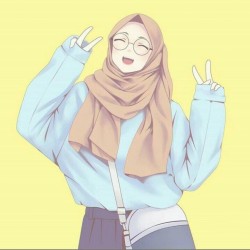